Christmas hasn’t always been one to remember for these two dogs – but this year is going to be a happy one for sure.

Bella, a two-year-old Staffordshire bull terrier cross and Ben, a two-year-old French Bulldog, were rescued by RSPCA inspectors after they had been living with no access to food, water or soft bedding shortly after the festive period.

Bella was found tied on a short tether to a stair lift at the foot of the stairs and was very nervous and emaciated. Ben was also thin and suffering from an eye condition and was locked inside a dirty dog cage.

Thankfully they were rescued by the RSPCA and taken to RSPCA Newport Animal Centre for care.

The pair were rehomed last year to Samantha and her husband Ian who live in Somerset.

Samantha said: “They’ve settled in so well, it’s like they’ve always been here. I’m so happy we could rehome them together as they’re very much friends!”

“We’ve had two dogs before.” Ian added. “But it’s nice to have two dogs who are already socialised with one another.”

Samantha and Ian* first spotted Bella and wanted to give her a home but as soon as they realised they came as a pair, they knew it was meant to be.

Samantha added: “Bella has an absolutely lovely nature. She’s the most sweet natured dog and they’re both doing really well despite what they have been through. We wouldn’t be without them now!

“When we first got them their muscles were so weak they couldn’t even climb up on the sofa but now they are so strong that they bounce around everywhere. They were adolescent dogs when we adopted them but with the mindset of puppies as they’d had such a hard start to life and no socialisation – they hadn’t had that opportunity to really be puppies at all. They were around 18 months behind dogs their own age!

“It took a little while for them to completely relax but I remember at one point, it was as though something had just switched inside them and they realised that they were staying here and this was their home now. After that moment, they just relaxed and they’ve been relaxed ever since. They’re completely different dogs now to when they first arrived.”

Bella and Ben have a field out the back of the house which they love exploring with their owners and playing fetch with a ball. Bella loves curling up on her bed and dragging toys out of her toy box and Ben will do anything for a tasty treat. Bella, at 27 kilos, is also a very large lap dog and likes nothing more than curling up on a knee.

Samantha added: “They’re just lovely. They are our fur babies. We spoil them and we absolutely love them to bits.” 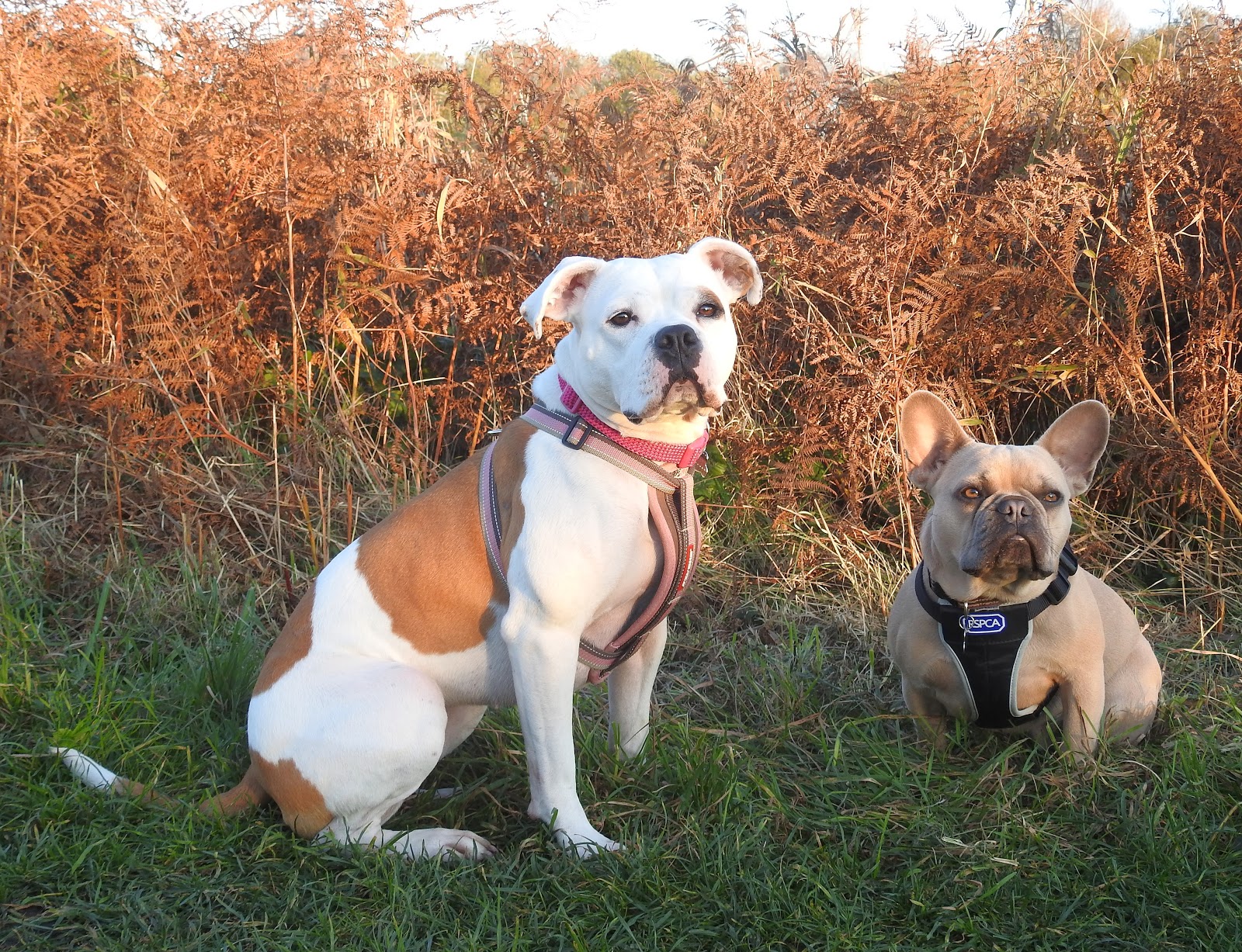 Donating just £25 could help keep our Animal Rescue Teams on the road.
This winter, the RSPCA expects to rescue thousands of animals from neglect, cruelty and suffering. To help our rescue teams reach the thousands of animals who desperately need us, visit www.rspca.org.uk/xmas and Join the Christmas Rescue #JoinTheRescue