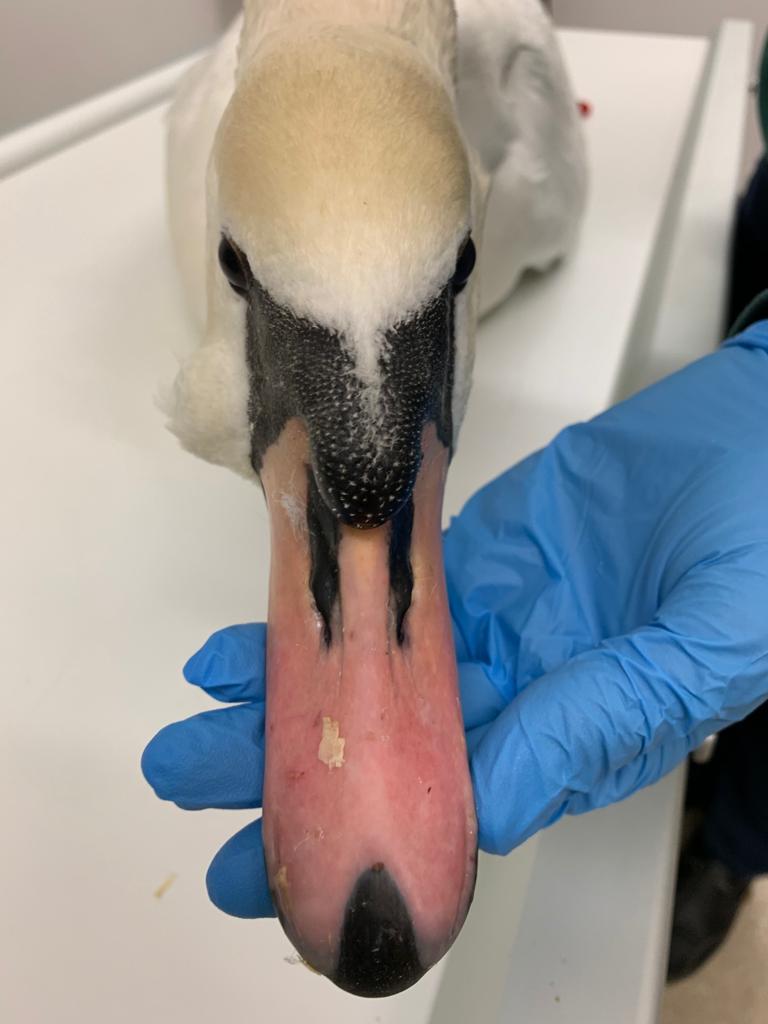 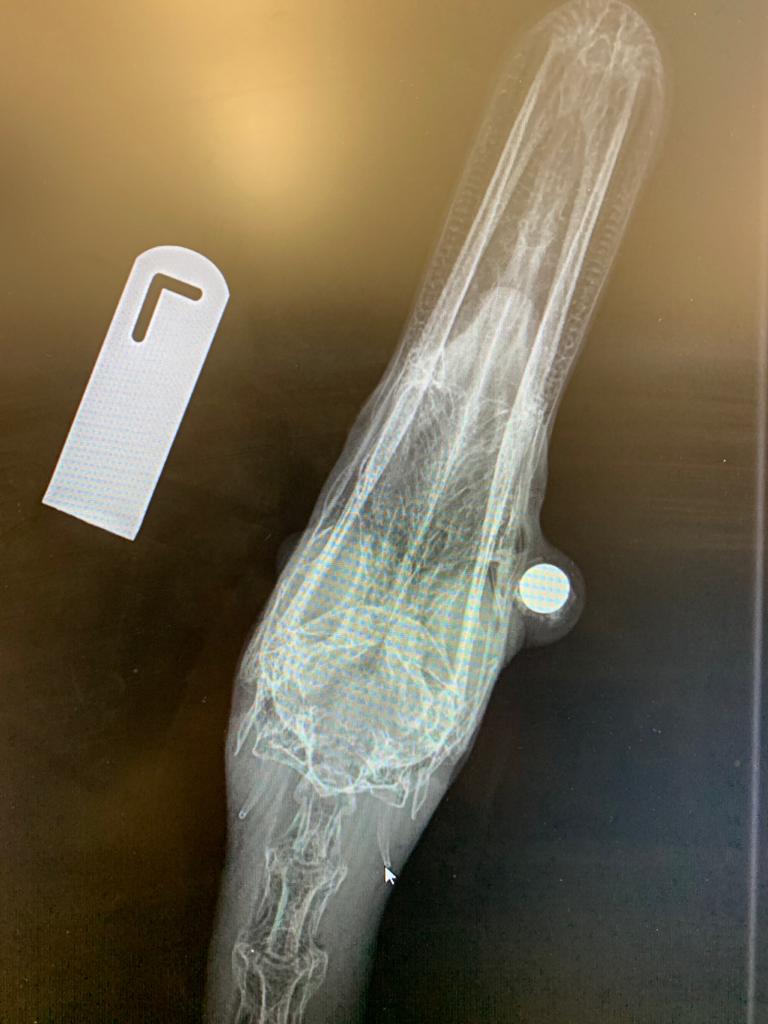 A swan needed surgery to remove a ball bearing from her cheek after she was believed to have been shot with a catapult.

The female adult mute swan was reported to the RSPCA by a concerned member of the public who had seen the injured bird at Ferry Meadows, in Peterborough.

RSPCA animal collection officer Justin Disdale was sent to the location on Monday 23 January and managed to catch the swan and took her to the RSPCA East Winch Wildlife Centre for treatment.

Sadly when the bird was x-rayed it was discovered she had a piece of ammunition – a ball bearing  likely to have been fired from a catapult – walled off in the side of her face.

Alison Charles, centre manager at East Winch, said: “Our vet examined the swan on arrival and the lump on the side of her face was very large and causing a large amount of discomfort and she was very weak.

“When we x-rayed her we could clearly see the ball bearing and we suspect it had been fired from a catapult. She was very weak when she arrived at the centre, so we needed to give her time to build up her strength before we carried out the surgery. The surgery went well and the ball bearing was removed and she’s already looking a little brighter. She’s on antibiotics and hopefully will be strong enough to recover. She’s likely to be with us for a number of weeks though.

“It’s so sad to think that this poor swan had to suffer as a result of an injury which was most likely caused deliberately.  We want to highlight this so that people can keep an eye out for wildlife in the area, although we hope that this was an isolated incident.”

The RSPCA has been working with the wildlife crime officers PC Alun Bradshaw from Cambridgeshire Police and PC Jon Chandler at Norfolk Police in relation to this incident.

Anyone  who has any information about this incident to contact the RSPCA’s  inspectorate appeal line in confidence on 0300 123 8018 or call the police.

Cambridgeshire and Norfolk police have dedicated officers specifically trained to deal with incidents of wildlife crime and if anyone witnesses a wildlife crime in progress is urged to call the police on 999.

All wild birds are protected under the Wildlife and Countryside Act 1981 and it is illegal – except under licence – to take, injure or kill wild birds or to take, damage or destroy their eggs or nest whilst it is in use or being built. The maximum penalty, if found guilty, is six months in prison and/or an unlimited fine.

To help the RSPCA continue rescuing, rehabilitating and releasing wild animals in desperate need of care please visit our website or call our donation line on 0300 123 8181.