The RSPCA Kent Folkestone and District Branch was one of the scores of organisations taking part in the spectacular Hythe Venetian Fete. 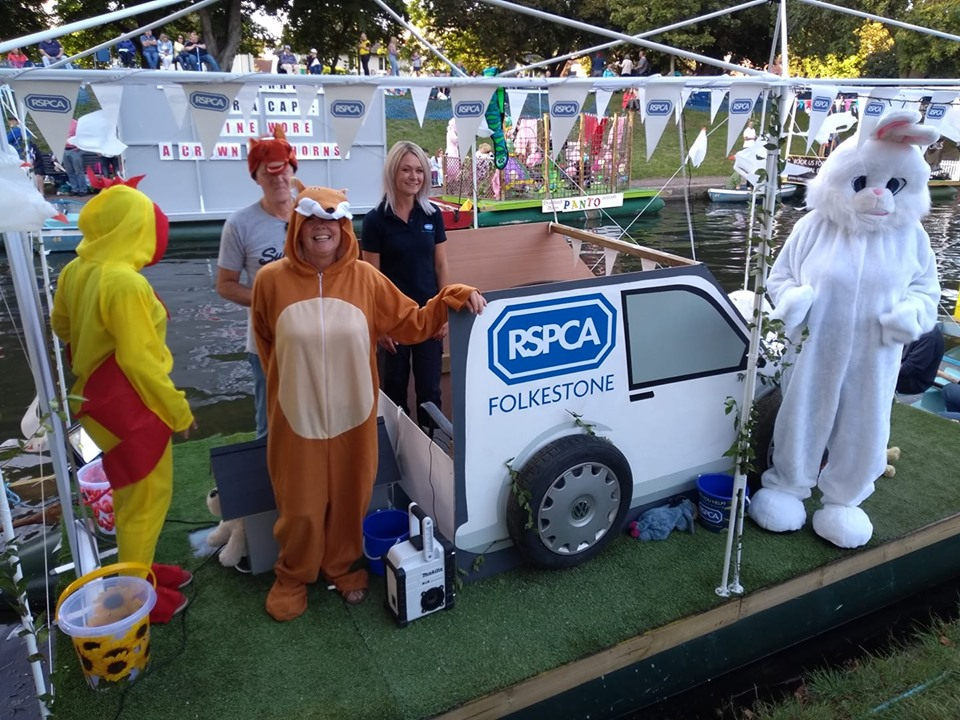 Members of the branch had been working hard to prepare their float which was based on an RSPCA van which will be used by their new branch Animal Welfare Officer Lucy Smith.

Lucy joined members of the branch on the decorated  float which took part in the stunning parade.

Lucy’s role has been funded by the branch, and she will be on hand to help advise and support on animal care.

A spokesperson for the branch said: “We were all thrilled to take part in the Hythe Venetian Fete, it’s such an amazing event and so much fun.

“We would like to say a huge well done to all the organisers, volunteers, participants and supporters for making this year’s event such a success.

“As this is such a wonderful event we decided it would be a great opportunity to introduce the community to our new branch Animal Welfare Officer Lucy.

“The design of the float was based on Lucy’s van which she will be using to drive round Folkestone and Hythe. The  float, van and decoration was made from recycled materials and donations made from local community and businesses.

Anyone wishing to contact Lucy can call 07936 911613 or email: welfare@rspcafolkestonedistrict.co.uk

Lucy may receive many calls and messages, please be mindful that she is only one person and will do her best to get in touch with you as soon as possible.

Any suspected neglect or cruelty should still be reported on the National RSPCA Helpline: 0300 1234 999.