The RSPCA is appealing for information after the body of a dead pony was discovered dumped along a footpath in the Dudbrook Road area of Brentwood on Tuesday 13 August. 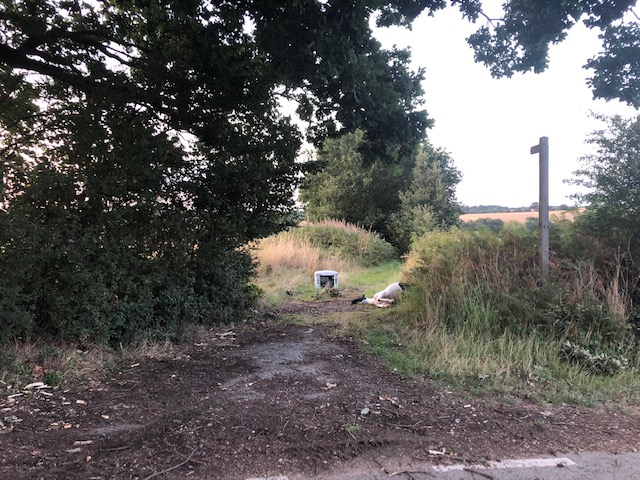 A member of the public had been in the area when they made the sad discovery, at a round 5.40pm. and contacted the RSPCA.

RSPCA Inspector Jessica Dayes is investigating the incident and said: “We are very grateful to the members of the public for providing valuable information for this investigation and for their compassion when discovering this poor pony – it would have been very distressing for them.

“It is heartbreaking that this poor pony has died and been dumped like rubbish. It is believed the pony would have only been there for a short while.”

The pony was a piebald cob-type and she was not microchipped.

The local council, who are responsible for collecting the body, have now removed this poor pony from the location.

Jessica added: “While we do not know the circumstances surrounding the death of this pony we would be keen to hear from anyone who may have any information or who may have seen anyone acting suspiciously in this area. We are also looking to see if any CCTV was in use in the area.

“We would urge anyone with information to contact us in confidence on the RSPCA inspectorate appeal line on 0300 123 8018.”

Although the pony had blood in her nostrils and mouth there was no obvious signs of what the cause of death may have been.

Over the last few years the RSPCA has been called about the bodies of horses and ponies dumped like this in locations up and down the country, and more often than not they are not microchipped so the charity has no way of tracing the owner.

Jessica added: “It may happen because it is costly to dispose of a dead horse, or just a very callous attitude from owners who believe horses are simply disposable like rubbish – either way it is completely unacceptable.”

The RSPCA advises anyone who is unfortunate enough to find a dead horse to contact their local council as soon as possible, as they have responsibility for the removal of dead animals.