Seal has been named Sir David, after Sir David Attenborough, who has been at the forefront of highlighting the impact of plastic in our oceans

A THIRD grey seal with a plastic frisbee deeply embedded in his neck has been rescued from a Norfolk beach and taken to the RSPCA’s East Winch Wildlife Centre near King’s Lynn for urgent care. 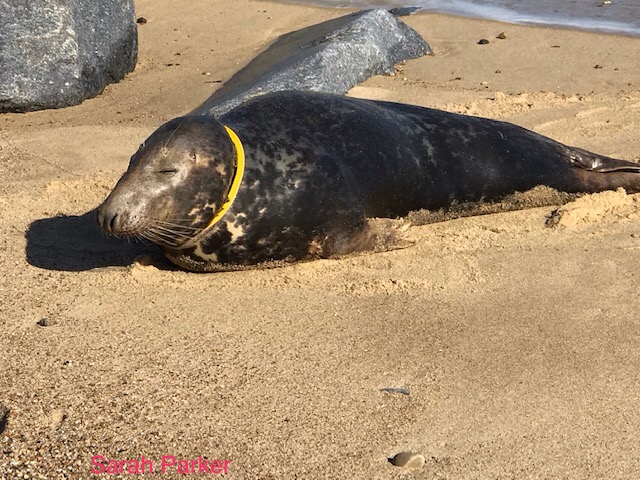 The severely ill seal, called Sir David,  was caught on Horsey Beach in Norfolk yesterday (c3) in a joint rescue operation between local charities Friends of Horsey Seals and Marine and Wildlife Rescue.

The large adult male grey seal,  was then rushed to the RSPCA’s East Winch Wildlife Centre where staff and the centre’s vet battled to remove the yellow plastic frisbee, which was deeply embedded in his neck, causing a severe wound which was infected and covered with blood.

Sadly the incident echoes two very similar rescues of other seals who both had frisbees embedded in their neck.

One of those seals, called Pinkafo, was rescued in December and she is still recovering at the East Winch Wildlife Centre.

And in September 2017, another grey seal, later dubbed Mrs Frisbee, was also rescued and admitted to RSPCA East Winch with a yellow plastic frisbee cutting deeply into her neck.

The latest yellow frisbee seal, who weighs 125kgs,  had been previously spotted on the coastline, but rescuers were only able to get close to him when he weakend. Fortunately he was spotted yesterday and the rescuers were able to sneak up behind him and get a net around him, before he raced back to the sea. 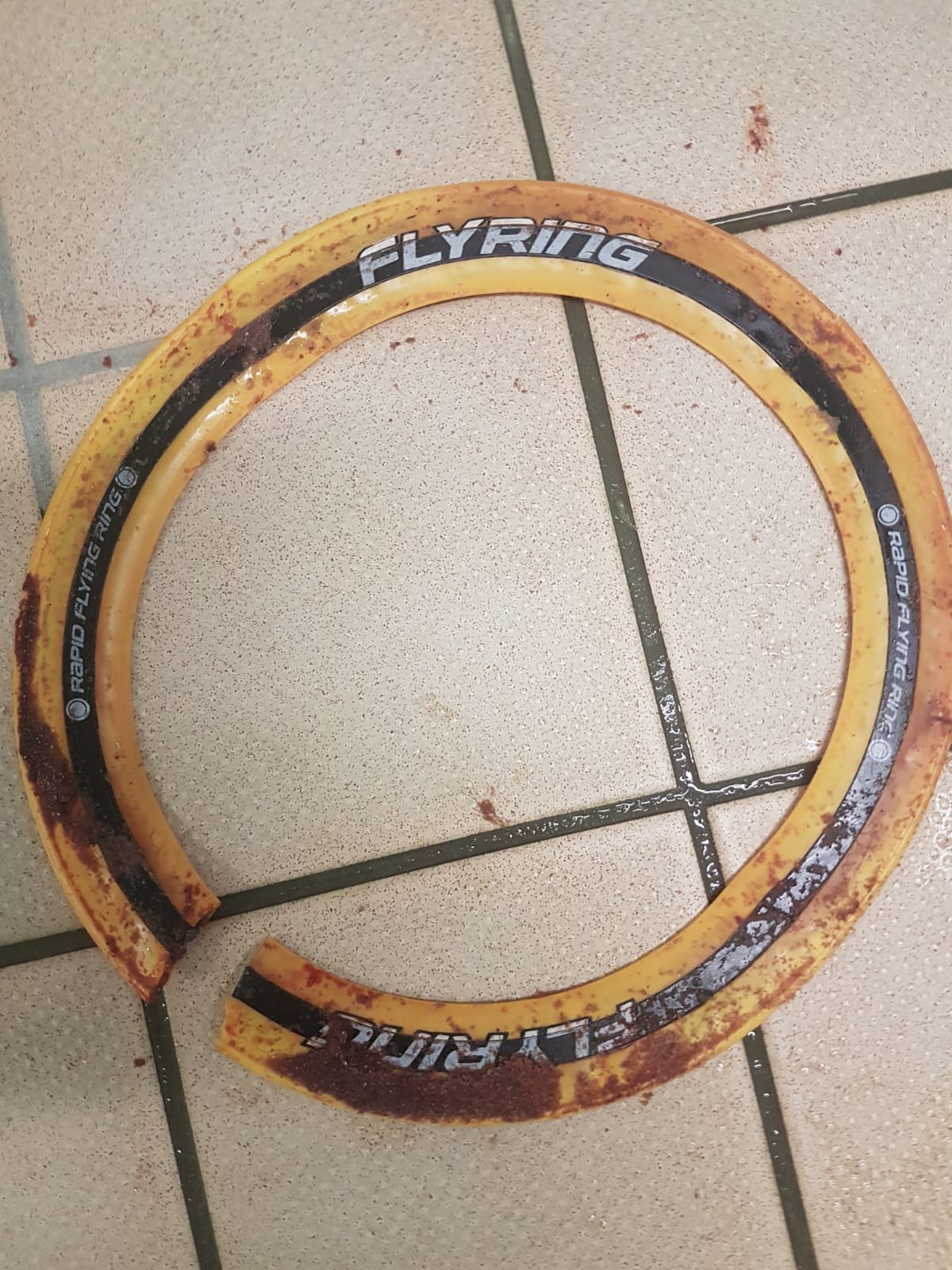 Alison Charles, centre manager said: “I cannot express how sad it is that another seal has been found with a huge infected wound caused as a result of a toy.  It’s so infuriating knowing that this injury could have been prevented.

“Once again we are so grateful to the rescuers for catching him, it’s not an easy task to catch a seal of this size on an open beach.

“All we can do now is hope that this seal is strong enough to pull through, he is actually in a worse condition than the previous two frisbee seals, and it always felt touch and go if they would make it.

“Our vet has cut the frisbee off using surgical scissors and Sir David has been given antibiotics and painkillers.

“But he  is in a very poor condition. We are concerned because this is a very deep wound. Even if he makes it through the next few days, we are not out of the woods, and we will be treating him for a number of months.”

The seal is likely to be in RSPCA for at least five months. And he will require at least four 25kg bags of salts a day as part of his rehabilitation.

Each bag costs more than £13. Anyone who would like to help her can make a donation of a salt bag can do so  through the East Winch Amazon wish list: https://www.amazon.co.uk/gp/registry/wishlist/2QW97YL6JNRPQ/ref=pdp_new_wl

Or if you would like to donate towards the cost of this seal and others at the centre you can donate via https://www.justgiving.com/campaign/eastwinchseals

If you see an animal you have concerns about please call the RSPCA’s emergency line on 0300 1234 999. Do not attempt to capture or handle an injured seal. For more information on what to do with injured wild animals, visit the RSPCA’s website at: https://www.rspca.org.uk/adviceandwelfare/wildlife/injuredanimals