The RSPCA is urging people to ensure they check their bonfires before lighting them this weekend to ensure no wildlife is nesting or hiding inside. 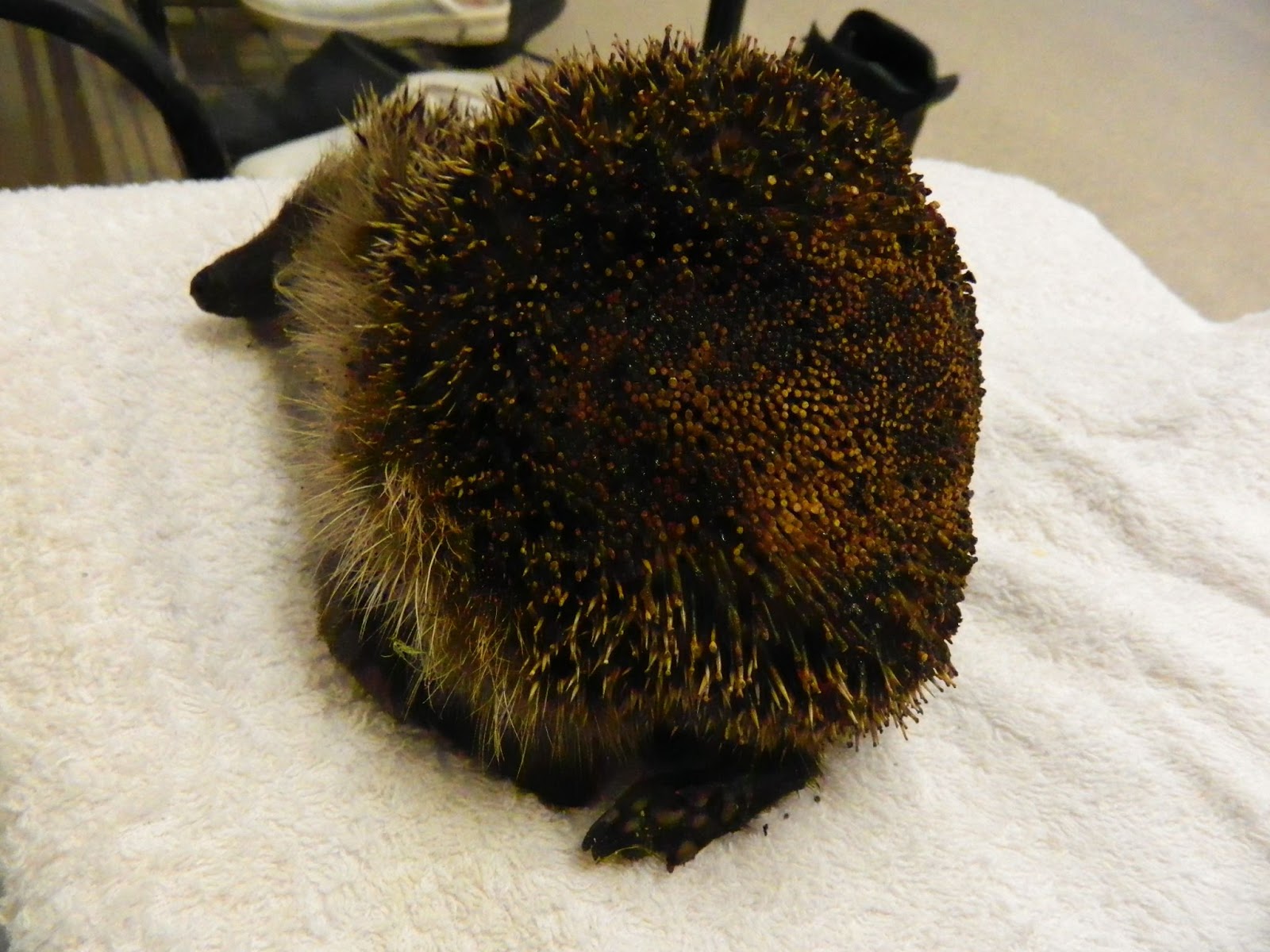 Alison Charles, centre manager at RSPCA East Winch Wildlife Centre, issued the warning over fears that wildlife such as hedgehogs could be burned to death or seriously injured.

She said: “We are reminding people to always check their bonfires and ideally please only build them on the day they are going to be lit and not before, to ensure hedgehogs and other animals don’t climb inside.

“A pile of leaves or wood is an attractive nesting place for many wild animals especially hedgehogs.

“In 2015 we did have a family of hedgehogs which were burned after they were in a bonfire which had been set alight (mum pictured).

“Wildlife can sadly be burned to death by bonfires so organisers should check them carefully before lighting to make sure there are no wild animals nesting or hiding inside. It helps to build the bonfire as near as possible to the time of lighting, or move them before lighting, to ensure hedgehogs and other wildlife are not sleeping in the pile when it is lit. And remember that some animals like hedgehogs may be hibernating and will not be immediately obvious.”

The warning comes as the RSPCA launched a campaign to restrict the private use of fireworks on all but four days of the year.

A Change.org petition has already generated thousands of signatures since it was set up on October 16 and the RSPCA is joining calls urging people to email the UK Government.

Figures from the RSPCA show hundreds of calls from concerned animal-lovers – about animals including tarantulas and pythons as well as dogs and horses – are made about fireworks every year to the charity.

In 2011 the RSPCA received 255 calls regarding fireworks, which has steadily risen to a peak of 533 in 2017. In the last five years the charity received 2,300 calls about fireworks.

An RSPCA survey from February this year shows that 38% of dogs* are fearful of loud noises such as fireworks meaning thousands of animals’ lives are made a misery by fireworks every year.

Two UK Government and Parliament petitions set up by Julie Doorne from the FAB Firework Abatement campaign have quickly reached more than 100,000 signatures from people wanting to see a restriction in firework use. In January 2018, the UK Government set up the Office for Product Safety and Standards following two Parliamentary debates, about the negative impact of fireworks, many months on, there has been little movement on this issue.

RSPCA campaign manager Eloise Shavelar said: “Clearly there is widespread public concern about this issue as can be shown by the previous petitions backed by the RSPCA.

“There is current legislation in place but the RSPCA believes the Fireworks Act 2003 and the Fireworks regulation 2004 doesn’t go far enough.

“We want to see the UK Government take advantage of the public’s feeling on this by strengthening the existing acts and restricting the use of fireworks to traditional days of the year like bonfire night.

“To be clear we are not calling for a restriction to public displays but it is the unexpected noise which owners cannot plan for which we want to stop.”

Sadly it is not just cats and dogs and other household pets that are affected by fireworks. Horses and farm animals  can easily be frightened by loud noises and sudden flashes of bright light, which can startle them and cause them to injure themselves on fencing, equipment or, in the case of stabled or housed animals, on fixtures and fittings within their enclosures. Wildlife can also be burnt alive after making their home in bonfires.

Although it is possible to treat firework phobias in some species, such as dogs, the RSPCA believes if pet owners knew when to expect fireworks it would help them to prepare their pets so they were better able to cope.

The charity would also like to see the maximum permitted noise level of fireworks for public sale reduced from 120 decibels – above the human pain threshold for noise – to 97 decibels. This is likely to further reduce the stress to animals*.

Julie Doorne, who started the e-petition said: “We are disappointed that after three Government petitions, collecting over 100,000 signatures on each, and two parliamentary debates we are still waiting for the UK Government to act.”

Lisa Hens, RSPCA welfare expert, said: “Firework phobia in pets is a treatable condition and we recommend seeking advice from your vet. There are also some simple things worried owners can do to help their pets cope, including, making sure dogs and cats are kept securely indoors, trying to mask the noise of the fireworks by turning on the TV or music, and providing pets with a safe place to hide at all times.

“Small animals that live outside should have lots of extra bedding so they can burrow and some of their enclosure could be covered by a blanket for extra insulation and sound-proofing.”

Dr Mark Kennedy, RSPCA equine specialist, said: “Check for any firework displays planned locally and ask organisers to site fireworks well away from your horse and aimed in the opposite direction. If your horse is staying in their field, check the fencing is secure and there are no dangerous objects they could collide with if startled. If stabled, ensure hay nets are secure so your horse can’t get caught up. You should stay with your horse if you know fireworks are going to be set off, but do be aware of your own safety – a startled horse can be dangerous”.

More information and resources about how reduce stress in animals during fireworks season please visit our website: www.rspca.org.uk/fireworks

To get involved with the campaign visit: www.rspca.org.uk/fireworksaction