A Kent branch has helped to rehome and neuter more than 50,000 animals over a 20-year period, new figures have revealed. 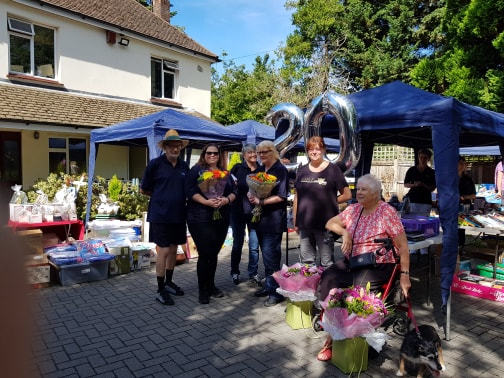 This year the branch is celebrating its 20th anniversary of The Parsons Memorial Clinic and rehoming centre.

The clinic and rehoming centre was opened in 1998 and over the last 20 years it has treated, microchipped and neutered over 50,000 animals.

The branch said that it has also helped to rehome a staggering 9,000 animals during that time scale and helped more than 3,000 wild animals.

The branch aims to provide essential welfare work to pet owners and their animals in the area and it also operates a pet food bank for people suffering temporary financial difficulties to help feed their pets. The RSPCA inspectorate also use this resource if they feel someone needs assistance or if they need food to help catch a sick or injured animal.

A spokesperson for the branch said: “The branch committee would like to express their gratitude to all clients, adopters, volunteers and supporters for continuing to support the branch and for helping it achieve all it objectives. We raised £875.90 at our recent table-top sale and we are so grateful to everyone who donated and supported us. Here’s to another 20 more successful years.”

During the table-top event last month the branch’s first ever client Christine Gadd was presented with a bouquet of flowers. Mrs Gadd still attends the clinic with her little dog Jake (now 16)  but sadly her original dog Tess is no longer with her. Mrs Gadd is a staunch supporter of the branch and even saves coins every year and has donated a substantial amount towards the branch’s work.

Also presented with a bouquet of flowers was Helen Thomas who has been adopting animals, including a number of rabbits, from the branch, for a number of years, even before it opened at its present site.

Helen also supports the branch with donating supplies and items for environmental enrichment including items such as apples, wood logs and branches.