Scores of people from the local community attended a special open day party to celebrate the 50th anniversary of RSPCA Harmsworth Animal Hospital. 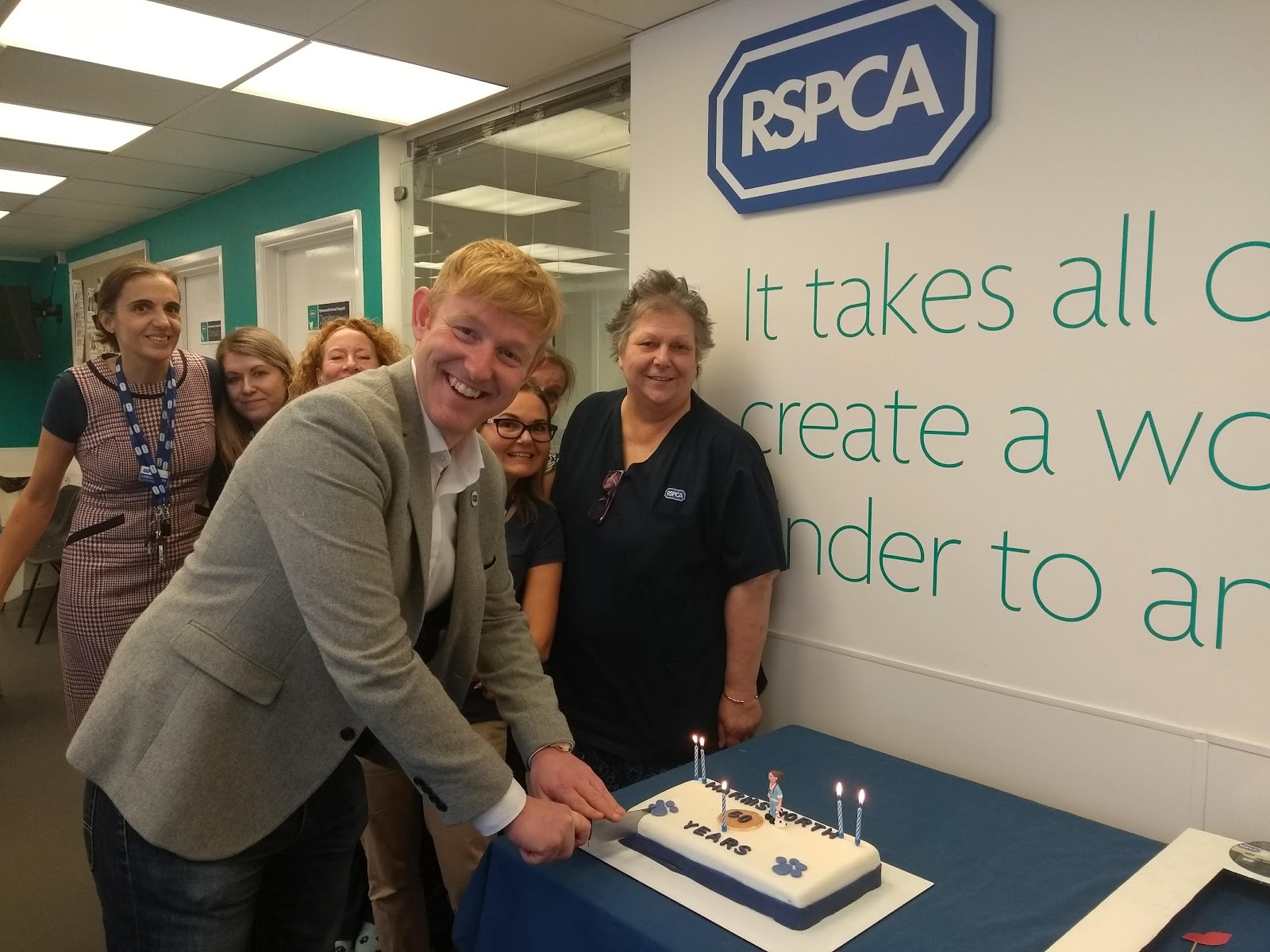 The event held on Saturday (Sept 8) was held at the hospital and among the attractions laid on for the day was a behind the scenes tour at the hospital, stalls, a raffle and games which included a rescue a plastic duck with the help of RSPCA inspectors.

RSPCA Harmsworth Animal Hospital has been helping pet owners and animals brought in by inspectors for generations by providing vital veterinary advice and treatment for everything from broken legs, serious injuries to neutering.

Every year it is estimated that around 10,000 consultations are carried out by the dedicated staff at the hospital.

Among the thousands of pet cared for each year was five-year-old Saluki Zach, who was found with serious injuries in in Essex in August.  Zach was being used for some sort of hunting when he was injured, after he chased something into the road where he was hit – according to witnesses – by a car travelling at around 50mph.  He suffered severe leg injuries and his owners left the scene and simply left him for dead. Zach had suffered a broken leg and also had a nasty open wound. Staff treated the fracture and wounds and his leg was pinned. Zach is now with fosterers while his leg continues to heal.

Caroline Allen, RSPCA London Veterinary Director, said: “We would like to thank everyone who took the time to attend our birthday celebrations and to all the staff and volunteers who put in so much hard work to make this day extra special. We would also like to thank Arsenal Football Club who donated a shirt signed by all the first team squad to our raffle.

“Many of the visitors said they really enjoyed having the opportunity to see behind the scenes of the hospital and learn more about the work we do and how the animals we rehabilitate are then taken to our local RSPCA branches  where it is hoped they will then find a forever home. I think the animals quite enjoyed seeing the visitors as well.”

Among the guests who attended the day was RSPCA chief executive Chris Sherwood, Chief Inspector Clare Dew and Labour leader Jeremy Corbyn, who is the local constituency MP.

To find out more about the work at Harmsworth Animal Hospital and the animals they treat you can follow them on their facebook page.