Noel, Cracker and Spud are being looked after at RSPCA Putney Animal Hospital after being callously dumped out of the back of a large car

The RSPCA is caring for three puppies thought to be from a puppy farm who were callously dumped from a car, the night before Christmas Eve (23 Dec).

The trio, who are thought to be aged between eight and 12 months, were spotted being dumped out of a large car, which then drove off in the Balmoral Drive area of Borehamwood at around 6pm.

Fortunately a dog-walker spotted the dogs and managed to round them up as they were running loose on the road. The dog-walker  then called the RSPCA.

The breed of the dogs is not known, but it is thought that they are possibly a cocker spaniel/Labrador retriever cross.

RSPCA Inspector Dale Grant who collected the pups said: “We are extremely grateful to the dog-walker who managed to round the dogs up and keep them safe until we arrived. As they were just abandoned on a road and could have easily run into the path of an oncoming vehicle. Thankfully, given the time of year,  there was less traffic in the area, but it was still a very reckless thing to do.

“The dogs appear in reasonable health apart from being thin and probably underfed. One possibility is that they have come from some kind of puppy farm and that they have just got too old to sell and so have just been abandoned.

“They don’t appear to have had much human interaction and are not trained, they just want to play. 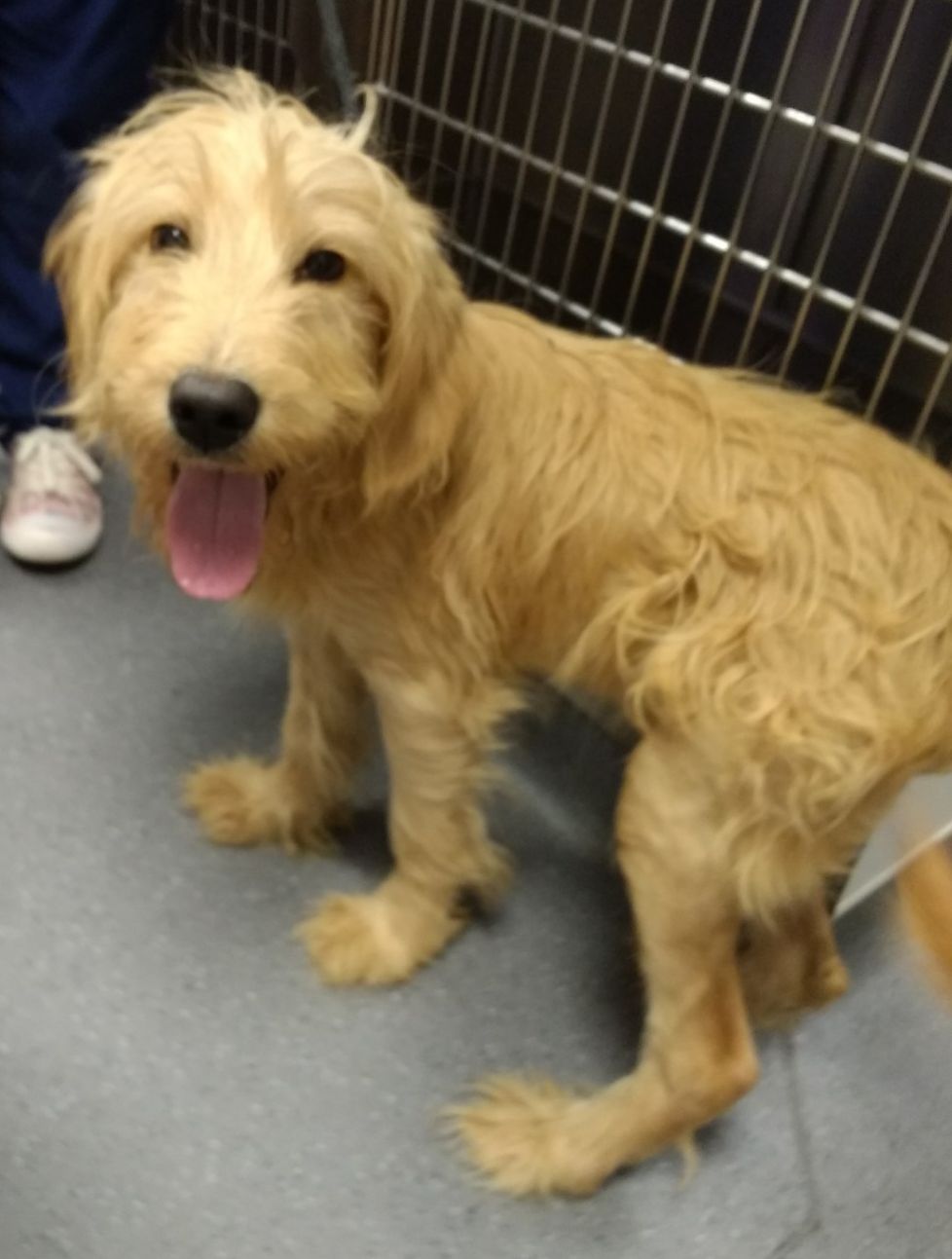 “I would appeal to anyone who has any information who may have owned these pups, or who saw them being abandoned to contact me on the RSPCA inspectorate appeal number  0300 123 8018.”

Caroline Allen, RSPCA London Veterinary Director, said: “The dogs are very skinny and have some diarrhoea, which we are treating, they probably haven’t been fed properly or been treated for worms. We have now started all the required preventative treatments.

“They are also untrained and not used to playing with toys, which is a clear indicator they have had limited human contact, but fortunately they are very friendly. They are being cared for by our hospital staff at the moment and will eventually be moved to one of our centres where they will be assessed and trained in preparation of being rehomed at a later date. They are lovely boys, but have clearly been given an awful start to their young lives, and it wouldn’t surprise us if that during their short lives they have been kept in miserable conditions.”

The RSPCA has welcomed plans announced by the Government last week  to crack down on dog breeders in England who put profits ahead of the health and welfare of the animals – as the charity revealed 2017 was its busiest year yet tackling the illegal puppy trade.

Defra announced proposals to tighten regulations around the breeding and selling of puppies in England – in a move which it’s hoped will help eradicate the underground, illegal puppy trade which is worth millions of pounds a year. It is the biggest change in pet vending for 66 years.

Anyone who is concerned for the welfare of an animal should call the RSPCA’s 24-hour emergency hotline on 0300 1234 999 for help and advice.

The RSPCA receives around 2,000 calls every day during the winter months and is expecting to rescue around 19,000 animals over the winter period. To help the charity rescue, rehabilitate and rehome more animals like  Noel, Cracker and Spud, please support the Kindness at Christmas campaign and donate by visiting: www.rspca.org.uk/winterappeal.