After Margot and Matilda had to fight to survive, their fosterer tells the story of their journey from near death to happy ever after

Two tiny kittens, who were left for dead after they were callously thrown away in a dustbin in London are set to enjoy their first Christmas in their purrfect new home thanks to the RSPCA. 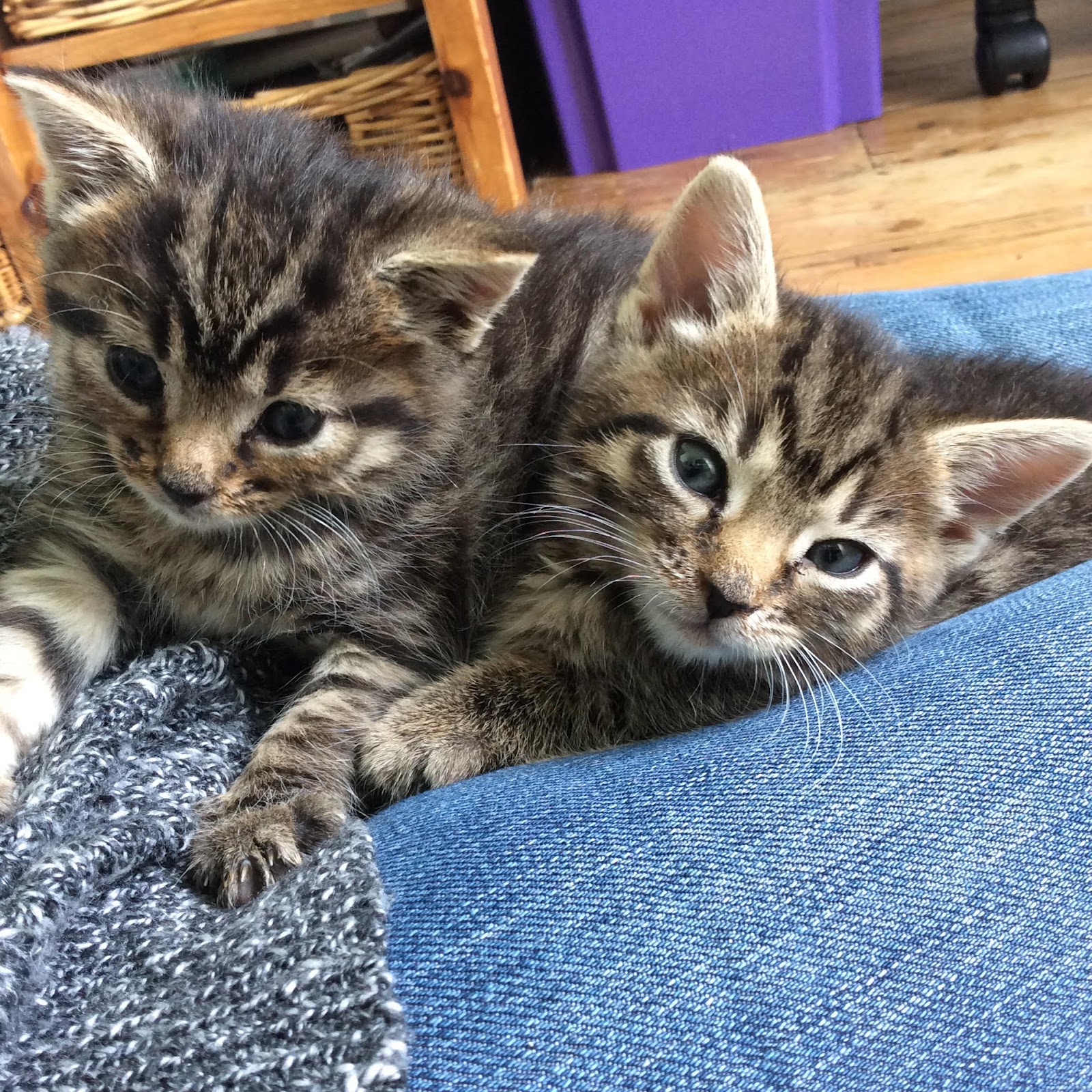 Margot and Matilda, were only around three weeks old when they were dumped in dustbin in London back in April. Thankfully they were found by a kind-hearted member of the public who heard their faint cries.

They were rescued and taken to the RSPCA Putney Animal Hospital, where it was a race against time to save the pair who were collapsed and suffering from hyperthermia.

Thanks to the efforts of the veterinary and nursing team at Putney the pair were made stable, but were not out of the woods, and would therefore require being bottle fed for the next few weeks.

Luckily the pair were fostered by Carmel Suthons, a trustee and regular fosterer for the RSPCA Wimbledon & District Branch and they were rehomed in May.

She said: “These tiny kittens were such a wretched little pair when they first came in and have blossomed into everything a cat should be.

“Putney’s amazing veterinary and nursing team got them back on their feet and they came to me as bottle fed hand rears. There were a few tense moments when I was fearful that one would not survive, but with the team at Putney behind me, some sleepless nights, and even moral support from my own darling rescue cat, Bo, they pulled through and are now still together with wonderful forever parents who keep us up to date on their latest antics. 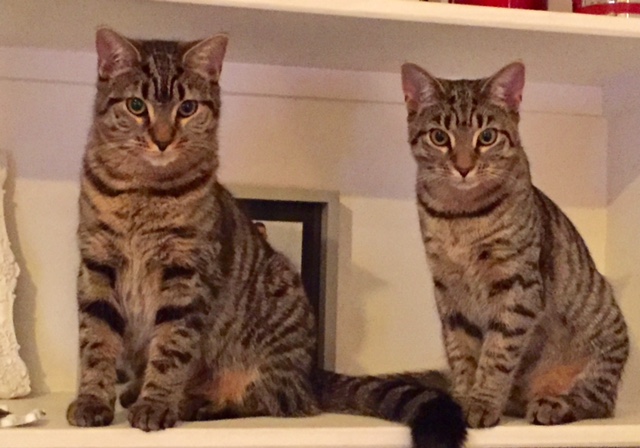 “The kittens story is heartbreaking, but sadly an all to common one which we see at the RSPCA. Luckily these kittens were taken to RSPCA Putney Animal Hospital. By the time I collected them a few days later they were on the road to recovery thanks to the care and dedication of the vet and nursing staff, particularly Emma, my constant source of advice and support.

“They were just  two tiny adorable tabby females. How anyone could merely toss them into a bin beats me.

“Hand-rearing is not for the faint-hearted! At around three weeks kittens need bottle feeding every 3-4 hours including throughout the night. Cold can be a killer, and it was important that their nursery was constantly snug and they had soft warm blankets to cuddle into.

“Kittens also need to sit up when bottle fed and not cradled like a baby, with the milk running through the teat at just the right pace.

“After feeding, tiny kittens love being brushed gently with a soft toothbrush as they’re too young to wash themselves. I think it must remind them of their mama’s rough tongue as she lovingly washes them from the moment they are born. Mother cats are extraordinary – even if they have given birth in rough conditions and struggle to feed themselves, they protect and love their kittens with all their strength.

“The mother will also effortlessly take care of all their ‘nappy’ problems, but with hand rears, after their bottle feed they need to be dabbed with cotton wool and cleaned with warm water, so quite a procedure at 2am!

“It was so satisfying seeing them grow almost in front of our eyes day by day and we temporarily called them Coco and Miu Miu.

“There were some hard times and tense moments. Miu Miu was tiny and looked more like a little hedgehog than a kitten! She had a raw wound at the base of her tail which was painful and needed constant treating so that it didn’t hurt her when we cleaned her. Coco started passing blood in her urine and was terribly ill with an upset tum – untreated diarrhoea is a real kitten killer. I remember sitting with her swaddled on my chest willing her to get better. Fortunately I’m close to Putney Animal Hospital and rushed them around there a couple of times when they weren’t responding to treatment, with Emma always on hand to email or call up when I was worried.

“But the pair pulled through beautifully and the time came for them to be adopted by their forever parents. A strong bond develops when you have kittens from such a young age and I felt sick to the core at having to say goodbye. But then I met Sasha and Nathan, the wonderful young couple who arrived to adopt them, and I knew that these little ones could not have a happier home. They are now called Margot and Matilda (which suits them perfectly as they both have an ‘M’ on their foreheads) and heading towards their very first Christmas.

“I’m fortunate that our kind adopters send me pics and news of the kittens I’ve fostered. It’s so rewarding seeing them grow into healthy happy cats, living the life they deserve.

“From the moment an animal in distress is rescued there is a dedicated team – from the collection officers, to the vets, to the nurses, to the fosterers to the adopters and many more in-between, to ensure that precious animals have a better chance in life, and I’m privileged and grateful to be part of this in some way.”